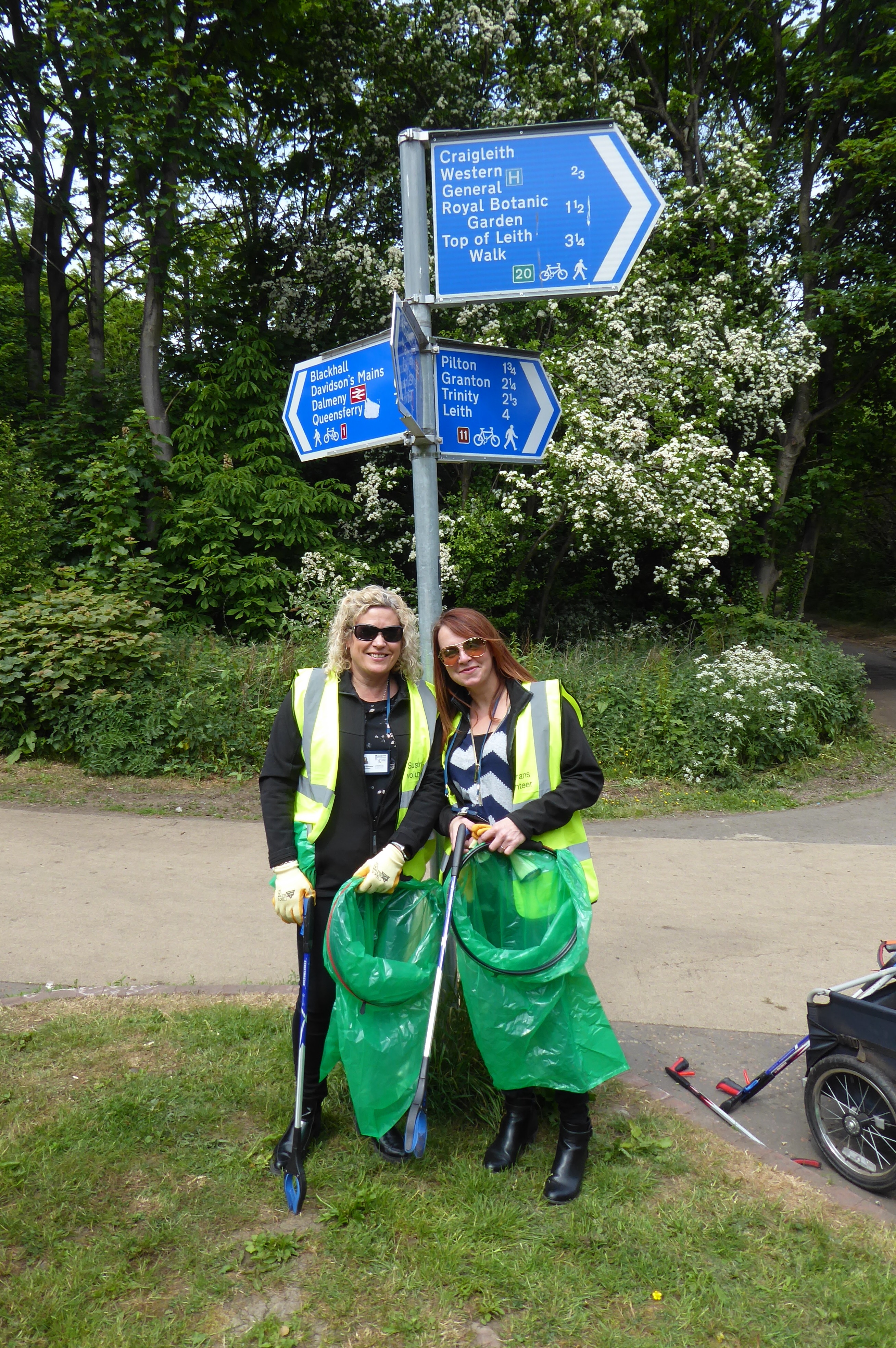 Manor Estates Housing Officers, Joanne Picken and Lesanne Drummond, took some time out from their busy workload to support a litter-picking event on a popular cycle path in Edinburgh’s Drylaw area. The event was organised by Sustrans, an organisation that works with communities, the Scottish Government, local authorities and other partners to ensure that the people have access to network of safe walking and cycling routes.

In a space of 2 hours, the hardy volunteers filled 30 bags of rubbish – and uncovered a shopping trolley and a door hidden in bushes!

Joanne and Lesanne commented on how much was achieved in a relatively short space of time. A number of cyclists using the path also thanked them for their efforts.

Association staff hope to work with groups in other areas to try to encourage local residents to take pride in their communities again.

Back to News
Scroll To Top